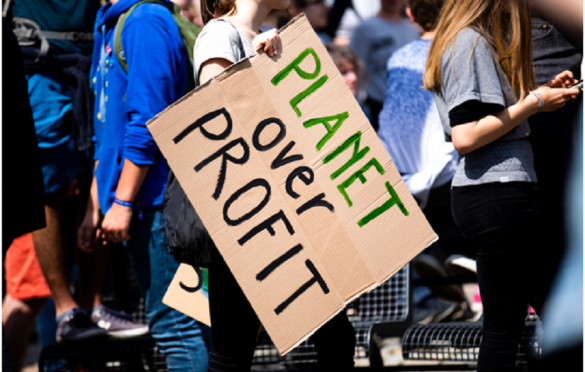 The year 2019 saw the emergence of AI across industries — finance, retail, space, food, video games, and even areas such as music that employ creativity.

With numerous applications around, it doesn’t come as a surprise to find the use of machine learning and artificial intelligence in scientific communities that are trying to fight climate change.

In this article, we will take a look at some of the ways AI is used to fight climate change across the world.

A research paper which was recently published in MIT Technological Review, and was titled “Tackling Climate Change with Machine Learning” revealed some capable ways through which AI could be employed to fight climate change. The authors of the study were DeepMind CEO, Demis Hassabis, Google Brain Co-founder, Andrew Ng, and Turing award winner, Joshua Bengio.

The paper looked at 13 ways through which AI could be applied against climate change, including the following key points:

The first step that could be taken towards fighting climate change is monitoring offenders — being on the lookout for them. However, it takes a lot of resources to monitor large scale violations such as dumping chemicals in large water bodies, tracking carbon emissions, and deforestation. If done manually, these processes can turn out to be expensive and time consuming.

The introduction of AI in this domain could change how monitoring takes place. With AI, organizations can interpret satellite images to identify deforestation along with uncontrolled pollution. For example, Carbon Tracker happens to be an independent financial think-tank that provides detailed insights into pollution and emissions.

Institutions such as the UN and NASA that work with data sensors and satellites collect massive chunks of data every day. This data is updated frequently. Among other things, it is used to come up with a weather report which could be used to generate global warming forecasts.

However, it becomes incredibly hard for even large teams of humans to process these massive sets of data in an accurate, reliable, and efficient way. These institutions are already using computers to take care of the heavy tasks, but the better implementation of AI could add further efficiency and accuracy to the entire process.

AI is known for doing a great job by finding patterns in data to predict outcomes. Due to these features, programmers and scientists are using AI to formulate a more detailed and accurate simulation of things and events. Even though the use of AI is not altogether new in weather, several private players and startups have come up, and are introducing innovations to the domain.

One of the significant issues that come with climate modeling is inconsistency, as long-term climate models can be quite different from each other. With AI, these models can be easily integrated to each other so that they can provide more accuracy together. The principle of combining multiple climate models was applied to 30 such models, and it was found out that it yielded to better climate predictions with the aid of machine learning.

Besides, AI can also look at the occurrence of extreme weather events such as droughts, tsunamis, and hurricanes, along with their intensity, and the effect they have on human lives.

AI Is Not a “Silver Bullet”

Despite suggesting the numerous ways through which AI could help combat climate change, the authors of the study also noted that artificial intelligence is “not a silver bullet,” implying that AI is incapable of performing actions on its own. Its job, for now, is to deliver information and data that could help in coming up with more accurate decisions. Nonetheless, the technology that has the potential to combat climate change has improved considerably over the past few years, and now they are much more suitable to be deployed at large scale for complex applications.

Inviting fruitful prospects, more startups that are dedicated to AI-relation innovations are coming up. Besides, companies that are more established are working on creative initiatives and green campaigns that can help prevent the adversities of climate change. With an increased demand for innovation, companies in the AI sphere have become a favorite for venture capital firms and large-cap companies. However, without enough real-time data and updated market information, selecting a tech firm or startup which is promising can be a colossal task.

Previous post IT Support For Apple Products in Boston 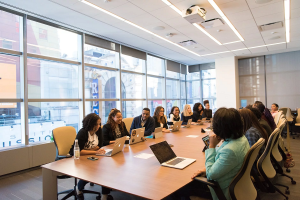 Workplace technology has also taken the extensive hurdle forward over a few previous years, accelerating this pandemic. And within these...

Robots are not another thought, they have been around for age gatherings. In 1939, the main humanoid robot was made....

Roger Penrose thought about it unthinkable. Thinking would never impersonate a PC procedure. He said as much in his book,...